The “secret” document which Haaretz has obtained from, and is promoting for, the European Union working group apparently tasked with denying the Jewish State its self-determination and its capacity for self-protection, has now been released in its full glory.

The idea that such a document could be woven together with – as is contended by Haaretz – the support of all the leadership of the EU’s 28 member states is nothing short of a global stink bomb.

If Haaretz is to be believed, the EU has devised a series of punishments for the Jewish state designed to strip the nation of its ability to operate as an independent, democratic nation.

Central among the EU’s strategies is their effort to deny Israeli voters the right to choose political leaders they approve of. Instead, the EU is proposing that they will chose Israel’s leaders, by “supporting” the ones they like and refusing to conduct international relations with those they don’t like – even if the hated ones happen to be Israel’s Foreign Minister, or its Ambassadors to various countries.

The fact that official pronouncements of Hamas and Fatah proclaim Jew-hatred with a full throat; that they explicitly call for the complete destruction of Israel (a member state of the United Nations, even now); and the murder of every Jew in the world – hardly rates notice.

Instead, Israel is now to be punished by Europe for refusing to negotiate with people who have made clear their goal of the destruction of the Jews.

Before getting to the additional implements (see earlier article on the first tranche) of torture the EU will contemplate applying to Israel, new information comes courtesy of more anonymous “senior EU diplomats.” Those cowards want their scribe to make sure everyone knows that the list of punishments being drawn up was not done so only at the request of the few standard haters of Israel.

No, apparently nearly the entire EU is so furious with Israel for refusing to commit self-vivisection, they all want to teach Israel some lessons it won’t forget.

Several states, including some that are considered great friends of Israel, are the ones who conceived the move and are now hiding behind the EU’s foreign service so that it can act as the bad cop.

The EU diplomats claim the mandate was received from the “political echelon of all 28 member states. Further quotes from those whispering in the ears of Haaretz:

This is a sign that a great deal of anger and frustration exist in the member states. In recent months there were meetings of European foreign ministers in which ministers, who are considered extremely close to Israel, spoke in the most critical way against the policies of Netanyahu’s government.

And then comes the direct threat:

“The fact is that there is an agreement among all 28 member countries of the European Union to discuss measures against Israel, and that is what should worry the government in Jerusalem and the Israeli public,” they said. “This paper will be handed over to the political echelon in Europe, which will decide which actions, if at all, to take.”

DIPLOMATIC EMASCULATION OF ISRAELI LEADERSHIP IS IN THE CARDS

In particular the EU member states, according to Haaretz, are prepared to take certain actions which are designed to castrate those Israeli politicians who continue responding to their own constituencies rather than the orders sent from Brussels.

For example, at least one of the sticks the EU will consider raising against Israel includes freezing out the leadership of Habayit Heyudi, such as Naftali Bennett and Uri Ariel, and even Israel’s President Ruby Rivlin, along with any “settler leaders” who do not support the (immediate) creation of a Palestinian state carved out of Israel 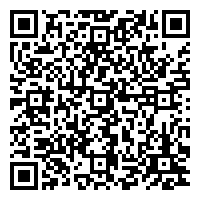