Seventy-one House members were invited last May to an all-expenses-paid trip to eastern Jerusalem and Ramallah sponsored by the Palestinian Initiative for the Promotion of Global Dialogue & Democracy (MIFTAH), but only five accepted: Illinois congressman Luis Gutierrez, Michigan congressman Dan Kildee, Wisconsin congressman Mark Pocan, Pennsylvania congressman Matt Cartwright, and Georgia congressman Hank Johnson, the Weekly Standard reported Thursday. On May 29 the five Democrats met with Shawan Jabarin, a long-time member of the Popular Front for the Liberation of Palestine (PFLP).

In 2008, the Israeli Supreme Court pointed out that Jabarin is “among the senior activists of the Popular Front terrorist organization.” A June 2007 decision by the Israeli Supreme Court called Jabarin a “Dr Jekyll and Mr Hyde” — human rights campaigner by day and PFLP terrorist by night. Jabarin and his NGO Al Haq are leaders in the “lawfare” campaigns against Israel.

Yona Schiffmiller, director of the North America desk at NGO Monitor told the Standard that “MIFTAH is an organization that is engaged in blatantly anti-Semitic rhetoric, that has spoken very romantically and positively about suicide bombings and things of that nature.”

According to NGO Monitor, MIFTAH has published an article that repeated an anti-Semitic blood libel accusing Jews of using Christian blood to bake Passover matzoh; described one of the first female Palestinian suicide bombers as “the beginning of a string of Palestinian women dedicated to sacrificing their lives for the cause,” and is advocating for BDS.

Prof. Gerald Steinberg, president of NGO Monitor, said in an email: “There is a fundamental problem when public officials can come to the Middle East and casually meet with some of the most vehemently radical NGOs without doing a basic background check into who they will be meeting with. Members of Congress have a responsibility to their constituents to explain why they went on a free trip funded by an extreme and hateful NGO and ended up meeting with an alleged senior member of an internationally recognized terrorist organization.” 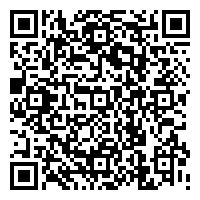