On Monday, April 21st, during the bus bombing attack in Jerusalem, EMS organization United Hatzalah, deployed its’ new Psycho-trauma Unit. This new unit is a part of the larger emergency first response volunteer organization. It has the specific goal of utilizing trained personnel to provide emergency first response for those suffering mental anguish, trauma and shock in the field before they are transported to hospital.

“Over a decade of work in the field has taught us that those suffering from shock are casualties in all senses of the word,” said Moshe Teitelbaum, CEO of United Hatzalah. “We saw the need to provide emergency treatment to those stricken with shock in addition to those physically injured. We established the Psychotrauma Unit in order to provide immediate treatment for those suffering shock.”


The unit boasts 30 volunteers from across the spectrum of mental health care professionals and was founded with the understanding that immediate and proper emotional stabilization can help victims who are suffering from shock recover faster and return to normal functioning.

“We need to do everything we can in order to ensure the wellbeing of everyone at the scene of an emergency,” said Miriam Ballin, Director of United Hatzalah’s Psychotrauma Unit. Ballin is also a medic and psychotherapist and is part of the on-site response team. “Emotional injuries, just like physical injuries, cannot be left untreated,” explained Ballin. After the bus bombing, Hatzala volunteers were active in providing first response treatment to five people who were suffering from severe shock following the bus explosion.

By stabilizing the victims of shock, distress and mental trauma at the emergency scene, the unit also allows the EMTs, paramedics and doctors on location to work as quickly and effectively as possible. “We work to stabilize the patient so that they can then mentally deal with the situation, get medical treatment and be safely and rapidly evacuated,” said Ballin. “We also work closely with all of the necessary agencies in the field in order to provide the best treatment for those who need it.”

Dr. Adam Ballin, a member of the Psychotrauma Unit, as well as a responder in the Advanced Life Support Unit of United Hatzalah, said, “Don’t look just at what we are doing, look at what we can do. Providing psychological first aid in the field, together with medical treatment, is something that United Hatzalah is uniquely positioned for,” explained Ballin.

“The management of acute pyscho-trauma casualties is a problem that has vexed Emergency Medical Services (EMS) worldwide,” Ballin said. “United Hatzalah has a broad and deep skill set that, coupled with our culture of adaptability and rapid response infrastructure, has allowed us to deploy this new capability quickly and effectively. We believe that this will become the new standard of care in EMS in Israel and around the world, decreasing the emotional distress of these critical incidents and promoting early recovery.” 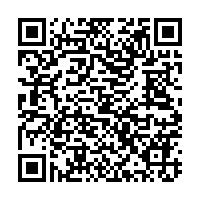