A heavy firefight has broken out in a main district of the Syrian capital Damascus, between Free Syrian Army rebels and forces loyal to President Bashar al-Assad, Reuters reported. This may be the beginning of the end for the old regime which has been under attack from within and without for nearly a year.

On Monday the sound of heavy machine guns and rocket-propelled grenades echoed throughout the night from the most heavily guarded neighborhood of the capital, which is home to a number of security facilities.

The latest fighting comes one day after a car bomb in Syria’s second biggest city of Aleppo killed at least three people, according to the Syrian Observatory for Human Rights has said.

Damascus is situated 90 miles from Haifa

The UK-based rights group added it received phone reports from local residents who had seen bodies in the streets after Sunday’s blast near a state security office.

According to Syrian state news agency SANA, a law enforcement officer and a woman died in the explosion, and 30 civilians and law-enforcement officers were injured on Sunday when an armed group detonated a booby-trapped car while the authorities were dragging it out of a residential area in Aleppo province. 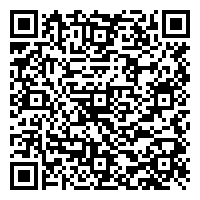