The Lebanon-based Hezbollah terror organization has announced it is on high alert following the IDF’s launching of its largest-ever military exercise.

The IDF launched on Sunday its “Chariots of Fire” month-long exercise simulating war on several fronts, and primarily against Hezbollah in the north, including the massive firing of missiles and rockets from all arenas on the home front.

This is the largest and most comprehensive IDF maneuver in its history and will include regular and reserve forces from all commands, with the participation of combat forces in the air, at sea and on land, as well as the political echelon, the Ministry of Defense, the National Emergency Authority the Ministry of Foreign Affairs and other security bodies.

Chief of Staff Aviv Kochavi decided not to cancel or postpone the exercise despite the mounting tensions in Jerusalem, Judea and Samaria, and the Gaza Strip.

“In light of this situation we are on high alert and we will closely monitor the enemy movements,” he said Saturday during an address for International Al-Quds Day

“Any folly or any attempt to change the rule of engagement is an adventure that we won’t tolerate at all,” he declared. 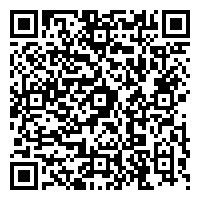