Syrian rebels, the Islamic State (ISIS) and the Assad regime, and today that means Russia, now have another reason to capture the Golan Heights – oil.

Drilling that began more than a year ago has exposed a huge find of billions of barrels of oil, but it is too early to know if the black gold can be extracted at a price that would make the oil commercially viable.

The drilling is in the southern Golan Heights, far away from the northern border but several miles from the eastern border. Syria has claimed the entire Golan since it lost the strategic and water-rich area in the Six-Day War in 1967.

If oil can be extracted, it will be a huge bonanza for Israel and an enormous reason for whoever rules in Syria, or for Hezbollah that is fighting with Assad’s forces and is based in Lebanon, to launch a war on Israel. Israel uses approximately 270,000 barrels a day. Billions of barrels of oil would satisfy the country’s need for a long time.

If the oil can be produced at today’s prices, which are the lowest in years, it would generate a huge employment boom. It also would infuriate environmentalists, who have fought oil drilling the Golan Heights and virtually anywhere else in Israel because of damage to the pristine landscape.

Drilling in the Golan Heights was delayed by environmentalists and was resumed last February when the court dismissed their appeal to stop the work. 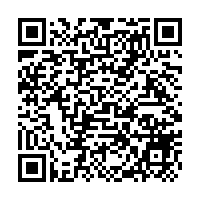