Nuclear fuel is being transferred to the Bushehr reactor, Iranian Press TV reports. According to the report, the fueling is being done under the supervision of the International Atomic Energy Agency and senior officials from Iran and Russia.

The Bushehr Nuclear Power Plant is located 10.5 miles southeast of the city of Bushehr, between the fishing villages of Halileh and Bandargeh along the Persian Gulf.


The Russian-completed plant is “finally” being launched after years of delay, and 163 fuel rods are to be transferred to the core of the plant. It is the first civilian nuclear power plant built in the Middle East. Several “research” reactors had been built earlier in the Middle East: two in Iraq, two in Israel, one in Syria and three in Iran.

Iran’s AEOI chief said the fueling process will be completed by September 5.

Kiriyenko praised the “physical launch process” of the plant, saying, “Bushehr plant is a unique power plant, as most of its parts and equipment have been installed on the ones mounted by the Germans.”

He expressed satisfaction with Russia’s commitment to its part of the deal and noted, “This is an important event. We declare that Russia has stood by all its commitments to the Bushehr nuclear power plant.”

Iranian officials say they expect to use nuclear-generated electricity two or three months following the fuel launch of the plant.

The reactor’s construction was resumed by Russia in 1995, after the German contractor withdrew from the project soon after the 1979 Islamic Revolution in the country. 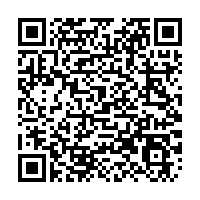