Israel Police investigators confirm that a stabbing terror attack was thwarted in the central bus station in the city of Hadera last month, where a Palestinian Authority terrorist intended to kill an IDF soldier.

The incident took place last month: “On July 22, 2019 during a late-night patrol police officers spotted a man seated at a bus stop in a suspicious manner,” police said in a statement.


The officers asked the man to identify himself, in accordance with legal protocol, adding that an initial investigation revealed the suspect was a 21-year-old resident of the Palestinian Authority city of Tulkarem who was staying illegally in Israel.

During the conversation with police, the suspect pulled out a knife and tried to stab the officers, and then fled, dodging bystanders while being chased by police.

The suspect was shot by police, who warned him to throw the knife down. He was later evacuated to Hillel Yaffe Medical Center in Hadera to be treated for the gunshot wounds.

During the subsequent investigation conducted by Israel Police, the suspect confessed that he intended to stab an Israeli soldier at the city bus station. 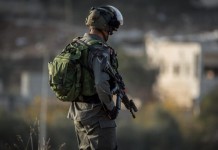 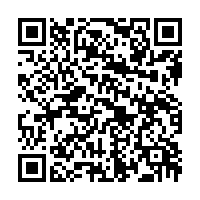