Palestinian Authority terrorists attacked an Israeli bus Tuesday night as it was traveling north of the Samaria Jewish community of Shiloh.

The attackers hurled a bottle filled with paint at the bus, smashing the windshield of the moving vehicle.

Miraculously, the bus driver managed to maintain control of his vehicle despite the compromised visibility and difficult conditions under which he was forced to continue traveling under he reached the nearest safe destination.

“Paint bottles” are among the weapons used in the arsenal of Arab roadside terrorists, along with firebombs (flaming Molotov cocktails), rocks (stoning attacks) and lit fireworks, in their attempts to maim and kill Israeli drivers and their passengers on the roads of Judea and Samaria. 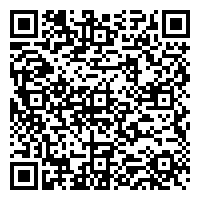