Purim is only one day, yet one must find time to read the Megillah, give charity (matanot la’evyonim), send food packages (mishloach manot), and eat a festive meal (se’udat Purim). No other Jewish holiday crams so many time-consuming requirements into such a short period of time.

Something has to give, and in many households it winds up being the se’udah. Some families begin the meal very late in the afternoon, perhaps only a few minutes before sunset, and then continue the festivities quite late into the night.


Although many Jews have historically acted in this fashion (Terumat HaDeshen 110), the halachic viability of doing so is questionable (Rema, Orach Chayim 695:2). After all, the mitzvot of Purim must be discharged on Purim day (the 14th of Adar). The following night is already the beginning of the next halachic day (the 15th of Adar). If a family starts the meal only a few minutes before sunset, they will likely eat only a bit of bread and appetizer on Purim itself, whereas the indulgent foods and beverages that should ideally characterize the festive repast (Rambam, Hilchot Megillah 2:15) will likely not be served until nighttime, after Purim is technically over.

Furthermore, while the degree to which one must become intoxicated is a matter of debate, all agree that the obligation only applies on Purim itself. Thus, those who become inebriated during a late se’udah that starts shortly before sunset fulfill no mitzvah whatsoever. Nor is drinking earlier in the day a solution since many authorities (e.g., Rambam, op. cit.) maintain that a person must become inebriated during the Purim se’udah.

What, then, should one do? According to some authorities (Terumat HaDeshen, op. cit.) and Kabbalah (Kaf HaChayim 695:23), one should ideally eat the se’udah in the morning. However, doing so is not a common practice since most people are busy with mishloach manot and matanot la’evyonim in the morning (Terumat HaDeshen, op. cit.). Additionally, participants in pre-noon festivities will likely not sober up in time to pray Minchah (Maharil) and one may not pray while inebriated.

The ideal practice, therefore, is to daven Minchah early in the afternoon and begin the Purim se’udah soon thereafter (Levush HaChur 695:2). Although the meal will likely extend a bit into the following night, that is not a problem as long as the bulk of the meal is served while it is still halachically Purim.

In fact, many authorities rule that it is preferable to continue the meal after nightfall (Levush HaChur, op. cit.) as a way of acknowledging the semi-festive character of the next day, i.e., Shushan Purim (see also Nit‘ei Gavriel Purim ch. 72 n. 1). According to this approach, those who actually observe Purim on the 15th (e.g., Jews in Jerusalem) need not extend their meal on the afternoon of the 15th past nightfall. Similarly, those outside Jerusalem who hold a semi-festive meal during the daytime of Shushan Purim need not extend their main Purim se’udah (on the afternoon of the 14th) past nightfall. Others, however, claim that one should always continue the meal past nightfall for Kabbalistic reasons (Piskei Teshuvot 695 n. 24).

The Vilna Gaon argues that outside Jerusalem (and other ancient walled cities), there is no requirement whatsoever to engage in festivities on Shushan Purim (Bei’ur HaGra 695:2 s.v. “ve’chayav”), and he personally was careful to finish the Purim meal before nightfall (Ma‘aseh Rav 248). He apparently didn’t oppose extending the meal into the night on principle; rather, since he maintained that there is no mitzvah involved in doing so, he wished to return to his studies as soon as possible after Purim (but see Ma‘aseh Rav, 5769 edition, p. 408).

One potential halachic reason to finish the Purim meal before nightfall would be to follow the opinion of the Rosh, who rules that one may not recite Al HaNissim in Birkat HaMazon after Purim is over (Teshuvot 22:6). The accepted opinion, however, is that one may recite Al HaNissim as long as the meal began during the day (Shulchan Aruch Orach Chayim 695:3).

One final point: Those who are concerned about starting their Purim se’udah late may have in mind to fulfill the mitzvah during their regular morning meal (Maaseh Rav 248). Doing so, however, is not ideal since the morning meal is usually insufficiently festive to constitute a proper Purim se’udah.

In conclusion: One should begin the Purim se’udah early enough to ensure that the main course, as well as the requisite wine, is consumed on Purim itself (i.e., before dark). While some authorities prefer that the meal conclude before nightfall, the general practice – which has ample halachic backing – is to extend the meal into the night. 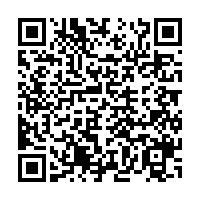