A 40-year-old Chabad Hasid, identified as Natan Graf, was stabbed between three to nine times in the head by a terrorist, while walking on the street in a Jewish neighborhood of Milan, Italy.

The injured Jewish man is currently in the hospital and is listed in light to moderate condition.


He was attacked outside of Carmel Pizza, a kosher pizzeria on via San Gimignano, which is right next to a Jewish school, Scuola Comunita Israelitica.

The terrorist stabber is a female Arab who attempted to flee the attack site but was captured.

Shortly after the attack there was a bomb scare outside the re Salomone kosher restaurant on via Sardinia, but it turned out to have been based on a false rumor.

The stabbing victim’s name is Natan ben Chana Sara, and prayers for his recovery are encouraged.

He lives in Milan and holds Israeli citizenship. 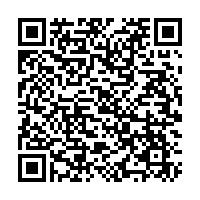