No two politicians could have more of a love-hate relationship than Ariel Sharon and Yaakov Katz.

Sharon is barely holding on to life, and Yaakov “Ketzaleh” Katz, whose life Sharon saved in war and who worked hand in hand with Sharon to bring Jews to Gaza, Judea and Samaria, recalls how Sharon jilted the nationalist movement, expelled Jews and destroyed their homes and synagogues.


Ketzaleh is a former Knesset Member who stood by his nationalist ideology rather than compromise, no matter the political cost. He founded the Arutz Sheva radio station in 1986 and later its Hebrew language Internet site during the dark days of a single-minded Israel media that ignored terrorist attacks and vilified Jews like him who live in Judea and Samaria.

Katz and Sharon knew each other as IDF officers, but in the Yom Kippur War, they met on the battlefield in the worst possible circumstance, when Katz was left for dead after suffering severe wounds.

Katz had been second in command of an elite 12-officer squad that operated under Sharon’s command and was sent behind enemy lines to locate and destroy Egyptian commandos who were trying to keep Israel from crossing the Suez Canal.

There were so many casualties that medics decided to let Katz die after concluding it was more urgent to give medical to attention to others than to him, whose wounds were so critical they figured he would not live. A request for a helicopter to evacuate Katz was turned down because they were too close to the fighting with Egyptians.

Sharon overruled the instructions and ordered a helicopter, under Egyptian fire, to evacuate Katz to the hospital.

While he laid in the field, Katz vowed that if would survive, he would dedicate his life to education and to building Jewish communities in Judea and Samaria.

Six months later, Katz walked out of the hospital on crutches and carried out his vow.

In an  interview on Thursday with the nationalist religious Galei Yisrael radio station, Katz recalled his and Sharon’s past that took them sometimes on the same path and eventually on two different streets going in different directions.

Among several comments in the radio interview:

Sharon brought us into the heart of Gaza for two years in order to eliminate 1,500 terrorists. He was a man of action; he knew how to read the map….

In violation of orders, Sharon ordered a helicopter that was under Egyptian fire to save me. I owe him my life….

I served as his aide in the settlement program when he was Minister of Agriculture and afterwards as Housing Minster in the Shamir government when then was a huge wave of aliyah from Russia. We split up [our work]: I built with Zambish [Ze’ev Zambish, another pioneer in the settlement movement], and Uri Ariel [now Netanyahu’s Housing Minister] 60,000 residential units in eastern Jerusalem, Judea and Samaria and the Golan Heights.

Arik built 60,000 units in Be’er Sheva, Afula, on the southern end of the Galilee) and Nazereth Illit, located in the Lower Galilee.

With God’s help, we tripled the number of Jews in eastern Jerusalem, Judea and Samaria and the Golan Heights….

Aril was like a father for me. I was closer to him than to anyone else and he was similarly close to me….

He was a man of revolutions, of changes, with the strength of a bulldozer to do the best. His home was my home. My home was his home….

Immediately after I built for him the position of Minister of Infrastructure in the Netanyahu government in 1996, he made a strategic decision to disconnect with us [the settlement movement]. Arik was pulled in by the “clubhouse” to separate himself from settlements in order to sit in the chair as head of the government.

I always told him, “Stay away from … [these] people who will corrupt and ruin you. I did not succeed in keeping him from being drawn to them…

Omri [one of Sharon’s sons] blocked me from reaching him. I also did not try any more, even when I was struggling for Arutz Sheva [which was broadcasting from a boat on the Mediterranean Sea and eventually was shut down by the government]….

After he announced he was going to destroy Gush Katif and [four Jewish communities in] northern Samaria, he once left his office and saw me. He suddenly moved aside, with all of his bodyguards around him, and started to explain to me, “Listen, Katzelah. There are constraints and limitations.”

After listening for a long time, I told him, “Arik, we got over Pharaoh and we will get over you.” He looked at me and laughed….

Arik never explained how he could say “The law for Netzarim [a Jewish community he encouraged in Gush Katif] is the same as the law for Tel Aviv” and then do the damage he did.

During the years that we were together a lot, Arik always asked me, “Katzelah, how is it that you love me so much and don’t believe one word of mine?”

Historians will not forget the last chapter of his life, when he committed crimes against the Jewish People, destroyed their homes, demolished their communities and burned their synagogues. Jews have never done anything like that in our history. 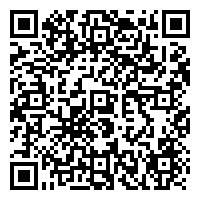