Over the weeked, three suspected members of the terrorist organization Hezbollah, a proxy group for Iran, were arrested in the capital city of the Yucatan Province, Mexico.

One of the three, Rafic Mohamad Labboun Allaboun, 44, is a Lebanese American.  According to Benito Rosell Isaac, head of the Mexican National Migration Institute (INM) in Yucatan, Labboun had a warrant out for his arrest from Houston, Texas, and he was deported there within hours of his arrest.  He had a court appearance on Monday morning, September 10, and then was returned to the San Jose division of the Northern District Court of California.


The news of the arrest was a major story in Mexico, but had little coverage on American or Israeli media sites.

Rafic Labboun is a naturalized American citizen, born in Lebanon, who immigrated to the United States in 1986.  He graduated from the University of California at Berkeley with a degree in mathematics.  Although born a Sunni Muslim, he converted to the Shia faith and became an energetic and charismatic promoter of Islam.  Labboun served as an imam for the Shiite Association Bay Area (SABA) Mosque in San Jose, California.  The SABA Mosque is considered by some experts in the counter-terrorism world to be strong supporters of both the Khomeinist regime and of the Hezbollah terrorist organization.  Labboun was the spiritual leader at SABA until he “suddenly” returned to live in a southern neighborhood of Beirut, Lebanon, in 2002.  Until that time it is believed that Labboun was the highest ranking Hezbollah member in the San Francisco Bay area.

Labboun returned several times to the SABA mosque, ostensibly to preach, for short periods, but was arrested at the San Francisco International Airport on his way back to Lebanon on January 12, 2009.  Labboun was convicted by a jury on July 19, 2010, on  seven counts of bank fraud. The fraud involved the creation of false lines of credit between several US banks.  Credit cards and checks from those lines were then used to obtain more than $100,000 in gold from Saudi Arabia.  The money is believed to have ended up in Lebanon, and was allegedly used to finance terrorist activities by Hezbollah.  The money was never recovered.

After the verdicts were entered, Labboun was sentenced by Judge Ronald M. Whyte of the United States District Court of the Northern District Court of California, to 27 months in custody, followed by three years supervised release.  In addition to his prison sentence, Labboun was ordered to repay the stolen funds to the defrauded banks.

Labboun was scheduled for release from prison on June 29, 2012.   On June 21, however, he was ordered to reside at the Geo Care Residential Reentry Center for an additional three months, as directed by his probation officer, Jennifer Hutchings.   Instead, he flew to Mexico on a false passport from Belize, the country of which the two men with whom he was arrested are citizens. The name on Labboun’s false passport was Wilhelm Dick.

According to reports, eyewitnesses to the arrest operation over the weekend said that INM and Mexican state police appeared in full force, parked in front of a building and several heavily armed officers exited their cars.  These officers then entered the building and quickly arrested the three men. The suspects were reportedly first taken to a security complex located on the loop highway, escorted by a high security convoy.

It is believed that the three were arrested because they were involved in financing activities in an attempt to bail out Hezbollah members jailed in the United States.  Labboun was in violation of his parole, and while that alone may have triggered the focus by authorities, the extensive show of force by the Mexican arresting agencies contributed to speculation that much more was at stake.

A report from the Yucatan Times mentioned rumors that Labboun had some connection to the September 11, 2001, attacks on the Twin Towers in New York City, but those reports have not appeared anywhere else.  A San Francisco CBS station reported that the FBI referred to the two men arrested with Labboun, George Abdalah Elders and Justin Yasser Safa, as known Hezbollah operatives. 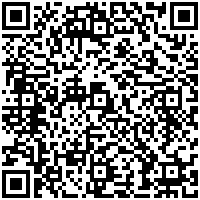