IDF Southern OC Commander Col. Dudu Bar Khalifa described an unusual incident that he said had taken place during Operation Protective Edge in 2014, while lighting Chanukah candles this week with bereaved families of the brigade.

The video may take a minute to load:

The officer said during Monday night’s candle-lighting ceremony that the tunnel out of which terrorists emerged during the 2014 summer and which nearly succeeded in their attempt to attack Nir Am, was not their original goal. Hamas originally planned to send 60 terrorists into Sderot.

In a related story, Egyptian forces found a tunnel network from Rafah into Sinai built with 40 cm thick iron walls, dug 10 meters underground, according to Ynet.

Egypt says the Hamas-built tunnels were paid for by Qatar.

When the sea water pumped by Egypt along the Gaza-Sinai border, designed to sink the tunnels, didn’t subside in all areas, they realized something must be blocking it. At which point they dug down and discovered a Hamas network of 17 underground iron-walled tunnels. 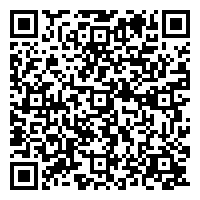