MK Ahmad Tibi (Joint Arab List) told Tel Aviv Radio Friday that should it be discovered that the bulk of arson attacks committed this past week had been carried out by Arabs, this would be “horrible, despicable and vile.” He suggested in such a case, it would require condemnation and self examination inside Arab society in Israel.

So far there have been a number of arrests of Arab suspects who were caught fleeing the sites of fires this week, including in Beit Meir outside Jerusalem. In Haifa, the fact that several fires erupted at the same time on Thursday morning, one of them outside a firehouse, appear suspicious to investigators. And investigators blamed arson for the second wave of fires in and around Zichron Yaakov, after the original blaze had been brought under full control.

MK Tibi, an obstetrician who received his degree from the Hebrew University and began his internship at Hadassah Hospital in 1984, served as a political advisor to PLO chief Yasser Arafat and represented the Palestinian Authority at the 1998 Wye River peace negotiations with Israel.

Since his election to the Knesset in 1999, Tibi has been a vociferous critic of Israel and its rule over Judea, Samaria and Gaza, largely blaming it for all the ills of Arab society inside and outside the 1949 armistice border.

Despite his relentless opposition to every Israeli government since his election, Tibi is also famous for his eloquent and moving speech at the Knesset in honor of the 2010 Holocaust Day.

Meanwhile, on Thursday MK Tibi intervened with police on behalf of an Arab youth who incited for #pyroterrorism on his Facebook page, saying the post was “satire.” 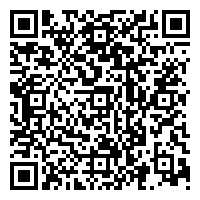