Yisrael Beitenu  Knesset Member Shimon Ohayon, on United Nations World Refugee Day, called on the Arab League to accept responsibility for the exodus of Jews from the group’s countries before and after the re-establishment of the State of Israel .

“The Jews of Arab countries, starting in 1947, were used as weapons by the Arab League against the establishment of the Jewish State,” MK Ohayon said. “The Arab League drafted laws for its member states to withdraw civil and human rights from its Jewish inhabitants, and it is time for it to own up to its role in the ethnic cleansing of the Jewish population from most of the Middle East and North Africa.”

The Political Committee of the Arab League drafted a law in 1947 to govern the legal status of Jewish residents in all Arab League countries.

The “Text of Law Drafted by the Political Committee of the Arab League” called for the freezing of bank accounts of Jews and confiscating their assets. Subsequent meetings reportedly called for the expulsion of Jews from Arab League countries.

MK Ohayon, who along with his family fled Morocco in 1956, is the chairman of the Knesset Caucus for the Rights of Jewish Refugees from Arab Lands and has drafted a law to hold an annual day to commemorate the Jewish refugees in the Israeli calendar. 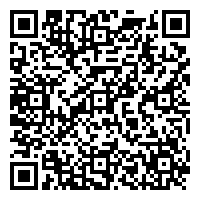