Prime Minister Benjamin Netanyahu has been called many things in his four terms as prime minister, but the latest surprise came Tuesday when he revealed that his Ashkenazi background is not as “pure” as it seems.

As a matter of fact, Netanyahu is part Sephardic. The prime minister told a gathering at the opening of the new wing at Beit Hatefutsot – the Diaspora Museum in Tel Aviv – that his family has Spanish roots.


The issue came up when he was handed a copy of his family tree at the event by the chair of the museum’s board of directors, Irina Nevzlin.

After glancing at the document, Netanyahu remarked during his speech that the tree would have to be corrected.

“My brother, Ido, is a writer and physician. People who write family trees based on DNA tests approached him. Their thesis was that Lithuanian Jews – and we are from a Lithuanian family who were descendants of the Vilna Gaon – have Spanish roots.”

Ido Netanyahu went on to have the saliva DNA test, which subsequently revealed that part of the Netanyahu family is of Sephardic ancestry.

“Of course they belatedly informed me of this, as chairman of the Likud party for 30 years,” Netanyahu said.

“But it shows that all Jews are intertwined and I think that’s one of the great lessons one learns when visiting this institution.

“One sees the family that is Israel.” 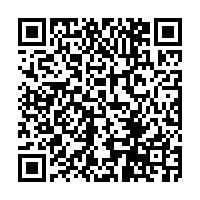