The Vatican has confirmed it has no plans to attempt a sovereignty grab at King David’s tomb, at least at this point.

In an interview posted this week on the Vatican Insider website, Jerusalem-based Bishop William Shomali confirmed that Pope Francis is going to celebrate Mass in the Cenacle – the upper room which is considered holy to Christians because they believe it is the place where Christianity’s founder, Jesus, celebrated the Last Supper.

A niche on the lower level of the same building is alleged to be the burial site of the Biblical King David, marked by a large cenotaph-sarcophagus set up by 12th century Crusaders. However, most scholars consider this attribution to be incorrect; in Kings I 2:10[13] the burial site of the ancient Biblical king is said to be “in the City of David”, identified as the eastern hill of ancient Jerusalem, rather than in what is today called Mount Tzion, the western hill of the ancient Old City of Jerusalem.

The site is one of many located in the area claimed by the Palestinian Authority for its hoped-for independent Arab state within Israel’s borders. The PA has insisted in talks that Israel hand over all of the areas of Jerusalem restored in the 1967 Six Day War — including all Jewish holy sites — so it can establish a new capital city there. PA Chairman Mahmoud Abbas has also said repeatedly that he will never allow any Jew to set foot on “Palestinian land” once borders for a new PA state are established.

Shomali, who was born in the PA and is auxiliary-bishop of the Latin Patriarchate of Jerusalem, confirmed the Pope is expected to celebrate Mass in the room. However, he firmly denied the Holy See had any intention of attempting to take control of the site from Israel.

“There is some opposition (to celebration of Mass at the site) but it is coming mainly from ultra-Orthodox Jews who have misunderstood the event,” he told Vatican Insider. “They thought the Pope is coming to receive sovereignty over the Cenacle. This is not true! The Pope and the Vatican do not want sovereignty; they only want more use of the place in the early hours of the morning for masses and for prayer,” Shomali explained.

All of the tickets for the visit of the Pope to Bethlehem and for the Mass there are exhausted, he added, noting that 10,000 were distributed and that many asked for more. “This is different from the two previous papal masses in Bethlehem, when John Paul II and Benedict XVI came,” he said. “It means that this Pope attracts crowds.”

Israeli security is expected to be extremely tight and for the two days the Pope will be in the country, travel within Jerusalem and surrounds will be difficult. 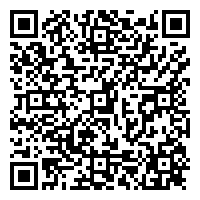