Peace Now, representing Arab claimants have told Israel’s Supreme Court they insist on the demolition of monuments to IDF war hero, special force Sayeret Matkal Lieutenant Colonel Emanuel Moreno, who was killed on a secret mission during the 2006 second Lebanon war; and First Lieutenant Asher Ezra who was killed in a chase after terrorists in Lebanon in 1993. Both monuments are slated for demolition by the end of December. They are part of the Netiv Ha’avot neighborhood in Gush Etzion outside Jerusalem, which was slated for demolition no later than March 2018 by the Supreme Court.

The families of both war heroes appealed to Supreme Court President Justice Miriam Na’or asking that the monuments be demolished when the rest of the neighborhood is slated to be razed, to give them time to find a new location.

“Our appeal to you is personal, painful and heartfelt,” the families wrote Na’or. “The site was established in good faith, displacing no one and nothing, and disturbing no one.”

Peace Now refused the families’ plea, suggesting “another delay will be used by respondents to torpedo the return of the land to its rightful owners.”

“While acknowledging the sadness involved, the claimants do not bear responsibility for past failures nor the fact that the [memorial’ was built illegally and without their consent. […] The pain caused the Moreno and Asher families was not the fault of the land owners,” Peace Now told Justice Na’or. 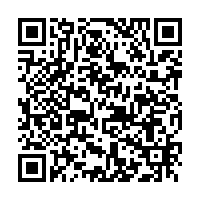