Pope Francis said at an on-board airplane news conference Monday  that he may visit Israel as early as next year.

On his return flight from Brazil to the Vatican, the pope said he was considering a visit to the  Holy Land next year, according to The Associated Press.

Francis was close to the Jewish community in his native Argentina.

In February, he became the first pope in modern times to succeed a living pontiff, Benedict XVI, after Benedict resigned. Benedict went to Israel in 2009, and his predecessor, John Paul II, visited in 2000. 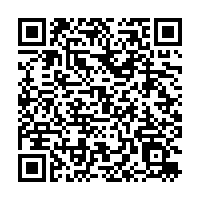