Haredi leaders who’ve been spending so much time and energy to prevent Haredi youth from being drafted into the IDF now have a new hole to plug: a report in Kikar Hashabbat suggests that dozens of Haredi seminary students are seduced by Arab men. One of several organizations in Israel combating the problem is Lehava (Hebrew acronym: to prevent assimilation in the Holy Land), one of whose activists, M (full name not published for his safety), 42, shared his experiences with the website.

Also known in the Haredi community as “the magician,” M’s conversation is cut off repeatedly by emergency calls. “I was just speaking to a Jewish man from a famous Haredi family in Jerusalem, and he has a connection with a gentile woman. A friend of his talked to me and just now we took care of it. We let him understand, in an indirect way, that he had to end the relationship. He thanked me and said he’ll start treatment.”


The Lehava website reports about a female soldiers who left a message of protest on the organization’s Facebook page: “Why are you telling me whom I should be going out with?” she wrote. “I’ve been in relationships with Arabs for 6 years and never been hurt by them. They are 1000 times more honorable than Jews.”

The reaction, from the Facebook readers, was massive, with readers treating the woman with love and respect. “You deserve so much more,” wrote one of them. “There are plenty of good men over on our side,” wrote another. Eventually, after having watched some of the cautionary tale videos on the Lehava website, the solder left a message saying she was now going out with Jewish guys.

Lubavitch emissaries in Israel are reporting their own struggle against this unexpected form of assimilation. There are also reports of girls as young as 12 dating Arab men. Arab bus drivers appear to be Jewish chick magnets.

According to Lehava, an estimated 50,000 Jewish women are living in Arab villages and towns in Israel.

“You Are the King’s Daughter,” sung by Eliran D, a campaign Rap song warning against falling in love with Arabs, who start out with romantic solicitation, until their target falls prey and is turned into a slave as a Muslim wife:

M describes his complicated caseload over a short period of time: “In less than two months we’ve taken care of 23 cases of Haredi girls who work in Jerusalem stores. They all come from good families with no economic problems, with warmth and love. but being in close contact with an Arab boss or Arab clients eight hours a day, every day, how can she helps straying?”

He continues: “I got this case last Thursday. Two sisters working in the same supermarket in Jerusalem, involved with two Arabs. In Tsfat, three sisters, ages 15, 16 and a half, and 19, from a Haredi family, each in an intimate contact with an Arab and the parents know nothing about it. They were working with stores where Arabs lived nearby, and that’s how they ‘fell.'”

No place seems to be so sheltered as to protect Haredi girls from temptation. Even in the Haredi town of Elad, according to M, there have been several incidences of girls who hooked up with Arab construction workers.

“In that town there ahs been more than one such case,” he relates the full story. “last summer I rescued two sisters who had become acquainted with two Arabs working at a construction site near their home. One day they come back from the seminary, those Arabs flirted with them and they were seduced into a relationship. Today they’re back, studying at the same Haredi seminary in Jerusalem.” 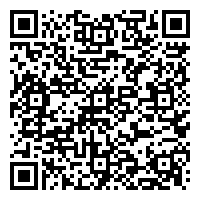