Katz, an accomplished attorney, has served Queens neighborhoods as representative in both the NY State assembly and NY City Council and has been a strong advocate for women and children’s right. As Borough President, she says she will work with the mayor, city council representatives and city agencies on borough issues, including land-use, economic development, and education. She will also have a voice in the municipal budget process and in directing funds to her borough.

“What makes Melinda unique is her ability to bring a common vision to diverse groups, both on the constituent side and representative side,” said Dr. Eli Shapiro, Vice President of the Far Rockaway Jewish Alliance and member of community board 14. “We are very excited to have her represent our borough.”

Melinda Katz grew up in Forest Hills, Queens, and still resides there with her partner, Guardian Angels founder Curtis Sliwa, and their two children. 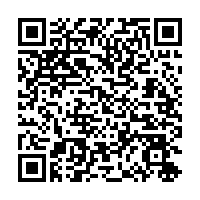