Israel is seeking an increase in U.S. military aid because of increasing security needs and new US sales of advanced weapons to Arab nations in the Middle East, Defense News reported.

Israel is seeking a surge in future US Foreign Military Financing (FMF) grants not only to support its growing security requirements, but to offset the impact of increasingly advanced US arms sales to other countries in the volatile region.

“Qualitative military edge (QME), which pertains to Israel’s ability to defend itself by itself against any combination of Mideast adversaries, was always implied but never explicitly linked to long-term U.S. Foreign Military Financing (FMF) agreements or security assistance planning,” said Dov Zakheim, a former Pentagon comptroller and undersecretary of defense.

Michael Oren, outgoing Israeli ambassador to the United States, told Defense News that “very large [US] contracts to the Middle East raise the question of armies having capabilities similar to our own and how we make sure we can maintain our QME.” 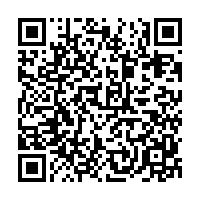