In Washington DC, the Secret Service announced plans on Wednesday to widen the safety perimeter around the White House grounds.

The move comes in the wake of a rash of intrusions and attempts to infiltrate the grounds over the past several weeks.


Access will be entirely closed off to the fence line along the south lawn of the presidential mansion as part of the strategy to stretch reaction time to those who attempt to jump the fence.

In 2014, an emotionally disturbed veteran of the Iraq War scaled the fence along the north lawn of the White House and actually made it all the way to the mansion, bursting through the front door of the building before Secret Service security personnel were able to stop him.

An “urban landscape” buffer zone was created shortly after, with iron bicycle racks on Pennsylvania Avenue to provide the security personnel with an extra “heads up” when climbers try to breach the barriers.

And try they do. In the first three months of the Trump presidency so far, there have been numerous attempts by climbers and drivers who have tried to enter the grounds any way but legally, and not necessarily for happy reasons.

On March 28, a man was arrested after telling police officers on duty outside the fence near the north lawn of the White House that he had a bomb in a bag. The White House was placed on lock-down until the suspicious item could be safely evaluated and determined to be harmless.

Less than two weeks earlier, a man was taken into custody after he drove up to the checkpoint before the White House on a Saturday night, claiming to have a bomb in his vehicle. Needless to say, security was snapped up at the White House, streets around the area were shut down and the vehicle had to be carefully searched. 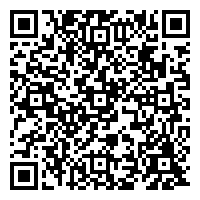