The Senate sent a warning to President Barack Obama Thursday by passing by a unanimous 100-0 vote a non-binding amendment that approves the cost of imposing sanctions on Iran if the Islamic Republic reneges on a deal that might be signed as early as Sunday.

The vote was non-binding because it will not become law, but the unanimous approval of Republican Sen. Mark Kirk’s amendment makes it clear where the political winds are blowing.


Some Democrats are claiming that the vote makes it easier for Obama to negotiate with Iran because it does not demand the president send a deal to the Senate for review, but Sen. Kirk told Politico:

If and when legislation comes to the floor to demand a review of a deal, yesterday’s vote may provide the basis for a veto-proof majority.

Iran and the P5+1 are negotiating in Switzerland, and a deal might be signed as early as Sunday, according to Omri Ceren, press director at The Israel Project.

“Rumors are swirling about a deal as early as Sunday the 29th. Lavrov is slated to fly in for the 27th-29th, Kerry is supposed to be in Boston on the 30th, and the Iranians are talking about where they want to move the talks for the signing ceremony,” he told reporters.

The Obama administration’s anxiety for a deal may come at the cost of concessions.

The Wall Street Journal reported, “The U.S. and its diplomatic partners are revising their demands on Iran to address these concerns before they agree to finalize a nuclear deal.”

If Obama breaks his promise that Iran must come up with full disclosure on its nuclear development program, the Senate might be voting on a new bill to scuttle the deal much sooner than expected. 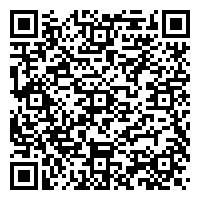