History lessons a few decades from today, assuming some people will still be interested in learning history, will probably compare the start of the 21st Century to the opening of its predecessor, the 20th. In both cases, it took about a decade and a half of very dramatic events to bring people in the West to realize that political reality on their planet had changed irreversibly and that they better come up with a solution and fast. The events leading up to WWI and then the war itself, the most devastating carnage known to mankind at the time, yanked Western people from whatever romantic delusions they may have entertained back in the 1800s, and forced them to retool for crueller, bloodier times.

Likewise, the era that began abruptly on September 11, 2001, with the unprovoked onslaught of blood thirsty Muslims on one of the cultural jewels of Western society, culminated in the West finally getting the message, about 15 years later, on November 9, 2016, realizing there were dangerous beasts out there that needed to be put down, and, seeing that the traditional political leadership was not prepared to carry out the mission, picked a leader.


Obviously, there are many holes and inconsistencies in this simplified explanation of President Elect Donald Trump’s victory this morning; but I expect in a few decades people won’t be interested in more complex explanations for the Trump win, coming as it did only a few months following the Brexit vote that yanked the UK from the European Union. And next year, when rightwing presidential candidate Marine Le Pen takes a serious stab at the leadership of the French Republic, simplified explanations could actually come in handy.

In fact, Le Pen, leader of France’s National Front party, congratulated Donald Trump on his victory, and her father announced, “Today, the United States, tomorrow, France. Bravo!” Then Le Pen’s deputy, Florian Philippot, tweeted: “Their world is collapsing. Ours is being built.”

There’s a second common aspect to the British, American and French rightwing campaigns: they all appeal to the men and women who used to belong to the middle class and now feel that they have been left behind. In a multinational world in which corporations serve only their shareholders, with zero loyalty to the rest of the people, societies have been split in half, into winners and losers. The winners reap all the benefits of a brave, new world, saturated with exciting, tantalizing, new technology, dream jobs and oodles of much publicized fun — relegating the other half to life on the wrong side of the train de grande vitesse tracks.

In all three countries, as is likely the case everywhere else in the civilized, Western world, the political class has been closely associated with the new winners, doing their bidding and largely ignoring the have-nots.

In that sense, there was nothing Conservative about the Donald Trump campaign — as has been pointed out numerous times by offended, true Conservatives. On many issues Trump and Hillary Clinton’s other great opponent, Bernie Sanders, represented an astonishingly similar message: the powers that be have abandoned you and it’s time to do something about it.

Filmmaker Michael Moore successfully described this as the forgotten middle class’ urge to throw a Molotov cocktail at the establishment, all of it, Democrats and Republicans alike. Which they did. The Brexit leaders, just like Donald Trump, did not have to offer well thought out alternative plans to gain a winning support. All they had to do was identify with and then personify the two-decade long rage of a people whose two most basic needs have been ignored by the likes of Hillary Clinton: their fear of a fanatical enemy scheming to destroy their countries for no apparent sane reason, and their fear of a life of deepening poverty and hopelessness.

The good news is that once the message has been delivered, both in the UK and the US, it will be received everywhere in the Western world, and local systems will come up with concrete, effective means of repairing the rift between the people and their traditional leaders. The Western lion has been awakened from its slumber at long last, and we all owe our gratitude to Donald Trump for the wake up call.

Now let us all pray that the medicine we, Americans, and the rest of the world, have swallowed won’t be too bitter. Someone on one of the dozens of shows I flipped through last night quipped that Trump’s opponents took his ideas literally but didn’t take him seriously, while his followers took him seriously but didn’t take his ideas literally. Judging by the President Elect’s words of reconciliation in his victory speech, there’s room for hope. 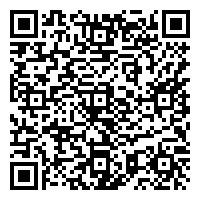