It is all but official that Aryeh Deri, chairman of the Shas Sephardic Haredi party, is getting rid of Eli Yishai, one of the most respectable and intellectually honest Haredi politicians whose presence ruins Shas’ tradition of selling out to the highest bidder.

An announcement is expected Sunday or Monday.


As reported here Thursday, Deri and Yishai called off a meeting to make peace after Deri insulted Yishai with a demand that he deposit a liter of resignation just in case Deri decides his menace is working against the party.

Deri tried to calm Yishai by offering him the number two slot on the Shas party list of candidates. Yishai was not about to accept the prize while handing over a letter to pave the way for his dismissal.

Yishai also has been talking with Jewish Home party Housing Minister Uri Ariel about signing for a new party.

Sources close to the issue told The Jewish Press that it is far from being a “done deal” and that there is a chance that Ariel can patch up his differences with Jewish Home party chairman Naftali Bennett.

Ariel, whose honest to his  ideology often leads him to make the wrong turn politically, has demanded that Bennett reserve several spots for his Tekuma faction.

The Jewish Home party has been the most successful of all Knesset factions in the current government,. It has rid itself of the hardline image of the old National Religious party that closed its doors to secular nationalists and carved into stone an image of considering Judea and Samaria the capital of Israel.

If Ariel cuts the cord, he will cost the Jewish Home party some Knesset seats but he, too, will pay a heavy price by being fingered, rightly or wrongly, or making the “Jewish Home” a contradictory word. As Minister of Housing, he has played a major role in promoting new building for Jews in eastern Jerusalem, much to the dismay of the Obama administration.

Bennett has been too successful to please Ariel’s old-guard national religious ideology, and Ariel has complained that Bennett has not fulfilled promises made to him and his Tekuma faction.

Ariel’s contacts with Yishai have served only to deepen the fissure between him and Bennett.

Ariel admits that he differs with Bennett on religion and the extent of maintaining a Jewish presence in all of Judea and Samaria.

Ariel is very principled. He can be trusted not to sell out for votes or power, but his red lines are too rigid and too narrow in the politics of compromise.

Which is better? A compromised but effective Jewish Home or two separate nationalist parties? 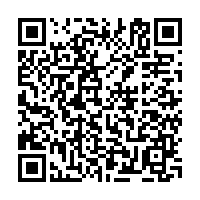