“Hello, Israel Antiquities Authority? Look, I am cleaning out my basement and there is a whole bunch of pottery and other stuff here that my family of fishermen left me. Maybe you guys want the junk so my grandchildren can see it in the future?”

That is not a direct quote, but is closer to the truth than what the archaeologists at IAA expected when they arrived at the home of Osnat Lester in the northern Israel tower of Poriya.


They certainly did not they would discover a whole treasure of well-preserved ancient pottery.

They found a bunch of boxed that contained ancient and rare unbroken pottery vessels. Lester explained that a fisherman in her family had hauled the pottery out of the Mediterranean Sea.

The vessels cover several period of time, evidence of the importance of the Mediterranean in journeys my merchants whose wares often were left behind or were sunk, often with their ships, said IAA spokeswoman Yoli Shwartz.

One of the vases was identified as being about 3,000 years old, at the time of the Jewish kingdoms. Other pieces of pottery were from the Roman and Byzantine periods. 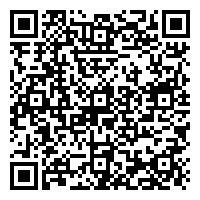