The Los Angeles County coroner’s office insists on examining the circumstances behind the death of Andrew Breitbart, who enraged the Left and delighted Tea Partisans both with his unabashed opinions and his video shenanigans.

Breitbart collapsed and died Thursday on a nighttime walk outside his Westwood home. The LA Times quotes his father-in-law, actor Orson Bean, who said that Breitbart was found collapsed near his home at about 12:30 a.m. Paramedics took him to Ronald Reagan UCLA Medical Center, but doctors were unable to revive him.

Breitbart was only 43, which prompted the authorities to conduct an autopsy in order to determine his cause of death.

Andrew Breitbart was the adopted son of restaurant owner Gerald and banker Arlene Breitbart. He was raised Jewish (his adoptive mother had converted to Judaism when marrying his adoptive father).

Breitbart became hugely famous back in 2009, when he shot an undercover video in which activists posing as a prostitute and her pimp asked employees of the community group ACORN for help in establishing a brothel with underage Salvadoran girls.

It marked the beginning of the end for ACORN, whose attempts to explain away that disaster went nowhere, while the organization losit its funding in every state.

I love my job. I love fighting for what I believe in. I love having fun while doing it. I love reporting stories that the Complex refuses to report. I love fighting back, I love finding allies, and—famously—I enjoy making enemies. 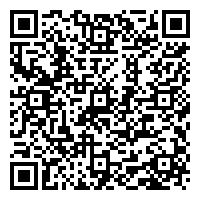