Egypt’s Attorney General Hisham Barakat, 64, was assassinated Monday in a deadly car bombing in Cairo, the most senior official to die in a terrorist attack since the election of President Abdel Fattah el-Sisi. No one has taken responsibility for the attack thus far.

At least nine other victims were also killed. The explosion came from a bomb in a parked car triggered remotely as Barakat’s convoy left his home.

Former President Mohamed Morsi, was sentenced to death last month by an Egyptian court after his conviction on charges relating to a prison breakout in 2011. The Muslim Brotherhood-backed former president was ousted from his position two years ago.

The group was outlawed prior to the Arab Spring and subsequently once more when it refused to end violent nationwide demonstrations by radical Islamists following Morsi’s ouster from office. The Muslim Brotherhood has also become increasingly enraged at subsequent convictions of its members in connection with the violence and subsequent long prison terms imposed by Egyptian judges.

The relationship between that organization — which was also gave rise to the Hamas terrorist organization based in Gaza — and the rapidly developing Egyptian branch of Da’esh (ISIS), is no longer clear.

Last month Egyptian Da’esh urged its followers to attack the judges who have been handing down decisions against members of the Muslim Brotherhood. That directive may have been behind the assassination of Egypt’s top prosecutor.

Last week, attacks by different branches of Da’esh (ISIS) carried out savage attacks in France, Kuwait, Tunisia, and Syria in what the group’s supporters celebrated as “Black Friday.”

In Grenoble, France, the owner of an American firm was beheaded and two other people were wounded. In Sousse, Tunisia, at least 37 people were murdered; 25 were slaughtered in a terror attack at a Kuwaiti mosque in Kuwait City. In Kobani, Syria, the lives of at least 200 innocents were taken. 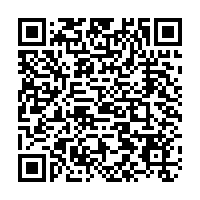