Military Recruiting stations have been the object of terrorist attacks before. It makes sense that people who hate what a nation is doing to make the world safe from terrorism would want to strike fear in – and inflict grievous harm on – the source of personnel in that fight. And now Canada has experienced such an attack.

At about 3:00 p.m. on Monday, Mar. 14, the 27 year-old Montreal-born suspect, Ayanie Hassan Ali, entered a Canadian military recruiting center at the Government of Canada Building. He quickly approached and walked past a uniformed Master Corporal who was seated at a reception desk near the entrance to the recruiting office.


When the uniformed officer tried to engage him, Ali repeatedly hit him. Then, while the victim was on the floor, Ali pulled out a “very large knife,” and slashed the officer with it. Ali then moved on to attack others, succeeding in wounding one other Canadian forces member, and nearly reaching a third, before he was stopped.

Saunders gave a press conference on Tuesday, March 15, at which the name of the suspect and the words he used to explain his attack were disclosed.

Police Chief Saunders said, “[t]o date, there is nothing to indicate the accused is working with anyone or in concert with any organization at this time.” He then added, “the investigation is still ongoing and it will take some time to have a complete picture.”

Saunders cautioned against the public jumping to any conclusions that what took place was a terrorist attack and warned against any anti-Islamist response from the public.

“I don’t want this categorizing a large group of people; that will be very unfair and very inaccurate,” he said, and specifically stating he didn’t want any of “Islamophobia nonsense.”

As if erasing the years of evidence that the “lone wolves” indeed believe themselves to be affiliated – at least ideologically – with Islamist terrorist groups, Saunders said there was nothing to indicate Ali is affiliated with any terrorist organizations. Sound like what was said about the San Bernardino terrorists?

Ali, who had no prior criminal record, is charged with one count of attempted murder, two counts of assault with a weapon, one count of dangerous weapons and one count of aggravated assault.

Toronto’s Mayor John Tory said he was “saddened” by the incident. He tweeted a banal description of the incident: “I am saddened to hear that two Canadian Forces members were injured in what appears to be an unprovoked attack in North York.” 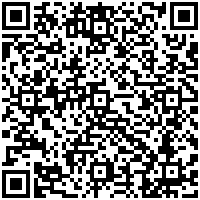