Former Yisrael Beytenu Tourism Minister Uzi Landau has resigned his post as co-chairman of the Keren Kayemet L’Israel (KKL) organization, which until recently used to be linked to the Jewish National Fund (JNF).

Landau turned in his resignation in a letter submitted Monday in which he accused KKL chairman Danny Atar, a former member of Knesset, of fiscal mismanagement and improper administration at the top.


Landau wrote he had accepted the position “in order to advance [the organization’s] vision, help develop the periphery, and advance relations with the diaspora.” But he said he realized it would be impossible for him to achieve these goals with Atar at the helm.

The former minister left the Knesset in December 2014 after 31 years in Israeli politics. Although he began his political career with the Likud party, he eventually joined Avigdor Liberman in Yisrael Beytenu.

Landau was the only Likud minister to be fired by then-prime minister Ariel Sharon for opposing the 2005 Disengagement from Gush Katif in Gaza. 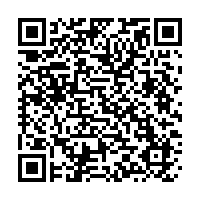