“He taught me housekeeping; when I divorce I keep the house.” – Zsa Zsa Gabor

As phone calls and e-mails from clients, friends and family poured in several months ago, I quickly learned that information from an online dating website had been leaked to the public. As some of you may know, the reason this made the news was because the website catered to married persons seeking relationships outside of the marital relationship, i.e. a new avenue for those looking to commit adultery.

The media had a field day, calling it “Christmas in July for divorce lawyers” and saying things like, “Divorce lawyers brace for ‘tsunami.’”

If a tree falls in the forest and no one is there to hear it does it make a sound? I wonder: If there had not been a breach in the security of the dating website, would there have been an outcry over the fact that the website existed or would any of the alleged millions of subscribes felt a backlash.

It is surprising that so many people feel comfortable joining these types of sites; those who do believe they will not get caught. They see these sites and all the other avenues available on the web as part of a fantasy world and convince themselves that they will not be held accountable for their actions.

Then there those who are shocked that such websites exist and are even advertised in conventional media with catchy jingles that run during prime time listening – rush hour traffic.

Under Jewish Law, those who committed adultery were historically subject to an array of punishments, the most severe of which was death. Among the punishments prescribed for the “Great Sin,” as it is referred to in Bereishis, was a public stoning.

Interestingly, this type of punishment was often prescribed for crimes that were a threat to the welfare of the nation as a whole. Other crimes which the Torah lists as punishable by stoning include breaking the Sabbath, cursing G-d, engaging in idolatry, and enticing others to engage in polytheism (the belief in/worship of more than one god.)

So, once again, people’s lives are being devastated (cheaters and cheatees alike), and the community reaches out to me for advice. As a matrimonial attorney I am quite used to getting calls about infidelity. In fact, many new clients call me with specific details of or suspicions of a spouse’s infidelity. Not surprisingly, in most cases, these claims are from enraged spouses seeking to punish their spouse – I don’t blame them.

The reality, however, is that those of us who live in New York find ourselves in what matrimonial attorneys refer to as a “no-fault” state. And, except for in certain extreme circumstances that reflect egregious conduct, New York will not punish a spouse for committing adultery. Again, that is not to say it may not be relevant in a divorce case or in a rabbinical court, but, it is rare that one would be entitled to monetary compensation as a result.

That having been said, adultery is grounds for a divorce under Jewish Law. As we all know, the Ten Commandments dictate, “Thou shalt not commit adultery.” In fact, the Bible describes adultery as punishable by death, and according to rabbinical tradition, adultery, along with murder and idol worship, is a sin that one should not commit even to avoid death. While this originally applied only to women, fortunately, centuries ago our esteemed rabbis recognized the need to protect the marital relationship and instituted rules to safeguard it, restricting multiple spouses. Unfortunately, that does not insulate the Jewish community from the temptation or the transgression of extramarital affairs. 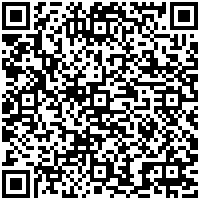