According to the indictment of Amiram Ben Oliel, 21, who is accused of committing the triple arson murder in the Duma village on the night of July 31, 2015, the accused and a minor planned to carry out the crime together, but the latter did not show up and so the accused torched two homes in the heart of Duma by himself, and left two graffiti slogans on their walls of one of them. For this reason, Ben Oliel is facing murder charges, while his partner, the minor, is only accused of conspiracy to commit murder.

But the testimony of Arab witnesses in the trial, as recorded in the investigation papers, contradicts the facts of the case, according to Ma’ariv. Two witnesses insisted that they had seen two masked men fleeing the scene.

On Wednesday the Lod District Court heard behind closed doors the reading of the response to the indictment in the murder case. According to Hussein Dawabsheh, the father of Riham Dawabsheh who died in the fire, a clash broke out between the Dawabsheh family and supporters and family members of Amiram Ben Oliel and the minor.

The Dawabsheh family members shouted at the other side, “Allahu Akbar,” “You and the government are disgusting,” and “Shame on you,” with responses from the Jewish side. In fact, according to Wallah, as soon as the doors opened to let the small, invited crowd in, a riot broke out when the Dawabshehs said the defendant was smiling at them, according to the version they told Walla. The Maariv version has them accusing the defendant of laughing throughout the proceedings.

The discrepancy between the indictment and the two Arab witnesses’ testimonies could come back to haunt the prosecution. One of the witnesses testified: “I saw two men dressed uniformly and with black covers over their entire heads, including the neck, with eye, mouth and nose openings; a long, balck shirt, long sleeves and black jeans. One of them stood near the head of Riham and the other near the head of Saad, and fire erupted from them.”

The witness related seeing both suspects inside the house, but the crime reenactment and the indictment describe the arson as being carried out from outside only. The witness continued: “I yelled out to wake up the neighbors, and when I came back I saw that they had fled.”

The witness’ point regarding two attackers is supported by a document citing an IDF scout who reported seeing two sets of tracks. 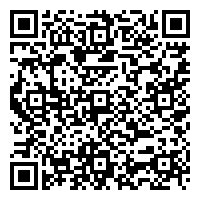