Three new candidates running on the Likud list for Knesset in Israel’s national elections this November joined Samaria Regional Council head Yossi Dagan Wednesday night in vowing to “fight for the Land of Israel” at the tomb of the Biblical Joseph. But as the delegation and other worshipers were praying, IDF soldiers outside the tomb were also fighting — to protect those inside.

It was the first time since Israel’s recent Operation Breaking Dawn conflict with Palestinian Islamic Jihad terrorists in Gaza, Israeli worshipers traveled to the tomb, which is in Shechem, a hotbed of Palestinian Authority terrorists.

The delegation led by Samaria Regional Council head Yossi Dagan included Eliyahu Revivo, Nissim Vatori and Dan Illouz, who hold the 19th, 33rd, and 21st spots, on the Likud list for the Knesset. At least 600 other Jewish worshipers flocked to the site as well.

Dagan called the visit a “sharp and clear statement” that Israelis will continue to visit Joseph’s Tomb.

“The attacks on Joseph’s Tomb as well as the brutal vandalism under the auspices of the murderous ‘Palestinian Authority’ are the proof that only the State of Israel is able to protect [the] Tomb.

“We are strengthened by your coming here, drawing strength together from the righteous Joseph, to fight for the whole Land of Israel, for Samaria, for all areas of the Land of Israel.

“From this place we make a clear demand to the [Israeli] government: Stop this disgrace. We don’t need to come here like thieves in the night. Return the Yeshiva ‘Od Yosef Chai’ that was here, in its complete form.”

“They will not break us,” Dagan said. “The people of Israel will never give up on Joseph’s Tomb.”

Arab terrorists open fire on Israelis nearly every time the worshipers arrive at the tomb for prayers, usually at the start of each new month in the Jewish calendar, and so it was on Wednesday night.

A mob of Arab terrorists opened fire on the IDF military escort vehicle stationed outside the tomb. The Palestinian Islamic Jihad terror organization claimed responsibility for the attack.

Arab media reported that at least one shooter was killed in the shootout and 30 others were injured in the exchange of gunfire that ensued. The IDF vehicle was damaged but there were no Israeli casualties.

IDF soldiers accompany Jewish worshipers when they visit the tomb at the start of each new month in the Jewish calendar, because Arab terrorists usually attempt to attack the worshipers and their military escorts.

This past June, IDF Lieutenant Colonel Roi Zweig and at least two other Israelis were shot and wounded as Arab terrorists opened “massive gunfire” at the worshipers who came to pray at the tomb.

In October 2000, at the start of the Second Intifada, IDF Sgt. Madhat Yusuf, a Druze officer, was shot at the site and bled to death during an attack by a mob of Arab terrorists. Heavy gunfire over the course of three and a half hours prevented other soldiers from reaching Yusuf to evacuate him to safety and medical care.

Madhat’s wounds could have been treated had he been reached in time. But that did not happen because then-IDF Brigadier General Benny Gantz, and that time a regional commander,
asked Palestinian Authority security officials to evacuate the wounded soldier instead of sending in an IDF rescue force — and there were other Israeli troops available and at the scene at the time.

Gantz’s handling of the events that led up to Madhat’s death was heavily criticized, and the family never forgave him or others in the military chain of command.

During that same period, another Israeli, in his twenties, was shot and killed at the tomb by a Palestinian Authority police officer as he and other worshipers were leaving the site. The victim was reportedly the nephew of an Israeli government minister at the time. 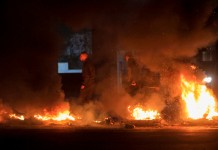 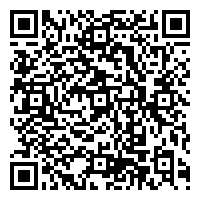