U.S. Ambassador to the United Nations Nikki Haley expressed her exasperation with the endless repetition of the conflict between the Palestinian Authority and Israel, in her remarks Tuesday morning to the UN Security Council.


Speaking in response to the speech by PA leader Mahmoud Abbas, Haley said, “It is as if saying the same things repeatedly, without actually doing the hard work and making the necessary compromises, will achieve anything.”

Haley went on to point out that there are problems elsewhere in the Middle East that are at least as important, if not more so. She mentioned Yemen, “one of the worst humanitarian disasters on earth,” Syria, where she pointed out “the Assad regime is using chemical weapons to gas its own people” and Lebanon, Egypt, and Iran.

And the Gazans, suffering under Hamas.

But then she returned to Abbas, expressing her regret that he “declined to stay in the chamber to hear the remarks of others.” Nevertheless, she addressed the balance of her response to him.

“President Abbas, when the new American administration came into the office last January, we did so against the fresh backdrop of the passage of Security Council Resolution 2334.

“In the waning days of the previous American administration, the United States made a serious error in allowing that resolution to pass. Resolution 2334 was wrong on many levels. I am not going to get into the substance now.

“But beyond the substance, perhaps its biggest flaw was that it encouraged the false notion that Israel can be pushed into a deal that undermines its vital interests, damaging the prospects for peace by increasing mistrust between the Israelis and the Palestinians.

“In the last year, the United States has worked to repair that damage. At the UN, I have opposed the bias against Israel, as any ally should do.

“But I will decline the advice I was recently given by your top negotiator, Saeb Erekat. I will not shut up. Rather, I will respectfully speak some hard truths.

“The Palestinian leadership has a choice to make between two different paths. There is the path of absolutist demands, hateful rhetoric, and incitement to violence. That path has led, and will continue to lead, to nothing but hardship for the Palestinian people.

“Or, there is the path of negotiation and compromise. History has shown that path to be successful for Egypt and Jordan, including the transfer of territory. That path remains open to the Palestinian leadership, if only it is courageous enough to take it.

“So once again, you must choose between two paths. You can choose to denounce the United States, reject the U.S. role in peace talks, and pursue punitive measures against Israel in international forums like the UN. I assure you that path will get the Palestinian people exactly nowhere toward the achievement of their aspirations.

“Or, you can choose to put aside your anger about the location of our embassy, and move forward with us toward a negotiated compromise that holds great potential for improving the lives of the Palestinian people.

“Putting forward old talking points and entrenched and undeveloped concepts achieves nothing. That approach has been tried many times, and has always failed. After so many decades, we welcome new thinking.

“As I mentioned in this meeting last month, the United States stands ready to work with the Palestinian leadership.

“Our negotiators are sitting right behind me, ready to talk. But we will not chase after you. The choice, Mr. President, is yours.” 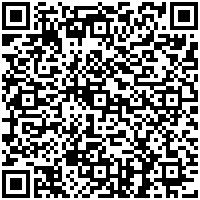