Energy Minister Yuval Steinitz, who is in charge of Israel’s Atomic Energy Commission and serves on the Security Cabinet, on Monday morning told Reshet Bet radio that Israel considers Hamas responsible for all the recent attempts from the Gaza Strip to infiltrate Israeli territory.

Steinitz said: “I think the prime minister is acting firmly but also wisely and carefully. We are preparing for a widespread operation in Gaza, but we have another front – preventing Iran’s becoming settled in Syria. There we run hundreds of operations, both overt and covert. We have succeeded in preventing the establishment of an Iranian military base on the Golan Heights border.”

About the recent event on the Gaza border, where an entire squad of Arab terrorists was shot and killed by the IDF, Steinitz said: “These young people were eliminated even before they approached the fence. We also responded with bombing raids inside Gaza to make clear who was responsible. Israeli citizens can sleep peacefully.”

Steinitz added a reference to the competition, the Blue&White party, which features three former IDF chiefs of staff at the helm, and said: “None of the former generals had a long-term solution to the Gaza problem – and they still don’t. When we try to reach a long-term arrangement, we demand peace for the Gaza envelope settlements and the return of Israeli prisoners and bodies. But the fact is that Israel has never been able to prevent terror [in Gaza].”

Speaking on Sunday evening on FM103, the hosts played for Steinitz a 2009 recording of then candidate Benjamin Netanyahu, who was demanding action right away in Gaza, including its re-occupation. Steinitz was forced to admit, half-heartedly, that retaking Gaza is something one says when one sits in the opposition, but things change dramatically when one becomes prime minister.

On Saturday, Hamas issued a press release desperately trying to divert attention from Gaza, saying: “The Israeli heavy bombardment of Gaza aims at distracting the Palestinians from defending Al-Aqsa in occupied Jerusalem.”

Nothing to see here… 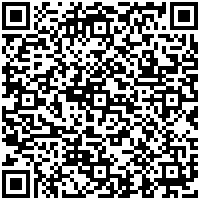