Israel and the United State prove the resilience of free economies, Prime Minister Benjamin Netanyahu on Sunday morning told his guest, Treasury Secretary Steven Mnuchin at the Prime Minister’s Office in Jerusalem. Both countries free their citizens to exercise their ingenuity, entrepreneurship, and creativity.

Netanyahu began by stressing that the US-Israel alliance under President Trump “has never been stronger.”

“I appreciate that alliance and the strengthening of our relations in every field: in intelligence, in security cooperation, in trade, in economic cooperation and of course, in our common approach to preventing aggression in this region,” Netanyahu said, noting: “And this is what is going to occupy a great deal of our discussions today – how to stop Iran’s dual aggression: Its quest for a nuclear arsenal and its quest for a conventional arsenal and its plans of conquest in the Middle East.”

Turning to the Treasury Secretary, Netanyahu said, “I want to thank you, Steve, for the work that you’ve been doing in the Treasury both to arrest Iranian aggression and also to advance the unbelievable partnership between Israel and the United States. So welcome once again to Jerusalem.” 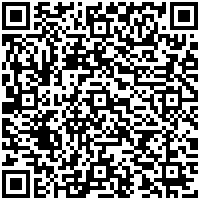