A few hours before the Madrid soccer derby against Atletico Saturday tonight, Real Madrid hosted Ahed Tamimi, who is on a visit to Spain with her father, and gave her an official team shirt with her name on it and the number 9.


Tamimi, your and my favorite tantrum throwing Arab teenager, sat in prison for a little under eight months after slapping two amazingly self-restrained IDF soldiers, becoming an instant symbol of heroism in the struggle of the Arabs of Judea and Samaria to hit people and things.

Tamimi is in Spain to participate in a number of political events, and also visited Santiago Bernabéu Stadium, as a guest of honor of Real Madrid.

She met with past Real Madrid hero, striker Emilio Butragenio, who gave her the shirt.

Foreign Ministry spokesman Emanuel Nachshon tweeted: “What a shame, Real Madrid hosting a terrorist who incites to hatred and violence, what is the connection between this and soccer values?”

No connection. Hosting an Arab terrorist stems from the same set of values that led to the expulsion of the Jews of Spain back in 1492.

Incidentally, jersey number 9 used to be worn by Cristiano Ronaldo, who has since been picked up by the Italian club Juventus. We were also reminded of Joan Baez’s immortal hit, El Preso Numero Nueve (Prisoner Number Nine):

He speaks thus to the confessor / Yes, sir, I killed them / And if I am reborn / I’ll kill them again.

Of course, all Ahed Tamimi did in prison was eat candy and do arts and crafts. 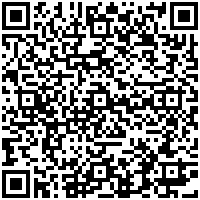