Anti-Semitism is becoming more pervasive in Chile, a country with a sizable Palestinian population, and with the government slow to react to growing social concerns.

Israel has received a significant boost from its allies in Latin America in recent months, with both Guatemala and Paraguay moving their embassies to Jerusalem and with Honduras rumored to follow suit as well. Yet in Chile, which is home to one of the largest Palestinian communities in the world, the situation for the country’s tiny Jewish community is growing more precarious.

During the visit, the Chilean leader endorsed a Palestinian state.

“Palestine has the right and the support of Chile to be a free, independent, sovereign and autonomous country, and the Palestinian people have the right to self-determination,” the president said while expressing support for a two-state solution.

The presence of Abbas, who was widely condemned for anti-Semitic comments blaming Jewish persecution in Europe as being due to their social behavior and not their religion, comes amid growing concern over anti-Semitism in Chile.

Dina Siegel Vann, director of AJC Belfer Institute for Latino and Latin American Affairs, said the visit by Abbas was “not helpful” to the situation in the country, which is experiencing an uptick in anti-Semitism.

“Chile is considered a model of democracy and human rights in Latin America these days,” she said. “To be visited by Abbas, who went to Cuba and Venezuela before [this], the optics are not good.”

With these issues in mind, the American Jewish Committee has launched a petition urging Chile’s president to take action.

The letter to Piñera expresses “concern about the situation of the Jewish community of Chile, which has been the target of repeated attacks related to the Israeli-Palestinian conflict.”

“Under the banner of solidarity with the Palestinian people, the right of Chilean Jews to express support for Israel is being increasingly questioned and even denied,” the letter says.

“Even though Jewish life in the country continues to thrive, people now find it hazardous to articulate pro-Israel positions in the public square,” it adds.

Despite its distant location from the Middle East, Chile is home to the largest Palestinian population outside the Arab world, with estimates between 450,000 to 500,000 people. Drawn by the country’s Mediterranean-style climate and economic opportunity, many of these Palestinians arrived in the late 19th century—well before the Israeli-Palestinian conflict took hold.

Anti-Israel graffiti outside the Escuela Republica de Israel in Chile. Credit: Shai Agosin.
“For a very long time, Palestinians were not involved in the Middle East conflict. They kept connected to their families back home, but no political involvement,” she explained.

This began to change about 20 years ago, when a younger generation of Chilean Palestinians began to show an interest in their brethren. The younger generation, according to Siegal Vann, started to derive a sense of identity from the connection to the Israeli-Palestinian conflict with “quite a radical attitude.”

As she explained: “They have a zero-sum mentality. They don’t talk about a two-state solution; they instead talk about the occupation or Israel being an obstacle to peace. They don’t look for anything that would bring both communities together.”

This growing sense of radicalism among Chilean Palestinians has become problematic for the country’s comparatively small Jewish community, which stands at about 18,500.

“The Palestinian community is very influential economically, culturally and politically in Chilean society. They have a large representative in parliament,” said Siegal Vann. She added that the government has not fully grasped the problem and tends to marginalize the issue.

At the same time, the Chilean government has a free-trade agreement with Israel, signed in 2010, and has strong bilateral ties to the Jewish state. And despite its small size, the Jewish community does thrive in the country.

While Siegal Vann noted that the government has been trying to be balanced in its approach to the issue and respect both communities’ connections to their ancestral homes, their efforts have been limited due to the fact that “the Palestinian community wields a lot more power than the Jewish community in the country.”

She said “There is a situation here, where you have this group of Palestinian activists that are kind of fanatical and are creating problems for Chile and democracy there. [It’s] very important for Chilean leadership to say ‘enough.’”

Shai Agosin, president of the Jewish community in Chile, told JNS that the line between anti-Zionism and anti-Semitism in his country is becoming increasingly blurred.

“The Palestinian Federation of Chile has taken a radical approach to promoting Palestinian statehood, taking positions that are closer to the extremist Hamas government in Gaza than to the Palestinian Authority,” he said.

For example, Agosin noted that “The Palestinian Federation of Chile has repeatedly published cartoons on its website that rely on caricature and ancient anti-Semitic tropes reminiscent of the 1930s Nazi tabloid Der Stürmer.”

At the time of the anti-Semitic cartoon in 2016, the Simon Wiesenthal Center wrote a letter to then-Chilean President Michelle Bachelet, urging her to “take appropriate action to restore Chile’s values of coexistence and integration.”

However, Agosin noted that unfortunately, this type of radicalism “has infused that community’s attitudes towards Jews.”

Anti-Semitism has also reared its head at sporting events in Chile. Last year, the Jewish community filed a legal complaint over anti-Semitism at a soccer match between Estadio Israelita Maccabi team and Club Palestino.

According to reports, several Club Palestino players were expelled for aggressive and unsportsmanlike conduct, as well as racist and anti-Semitic insults against Jewish players.

Agosin also pointed to a number of other recent examples of Chilean Jews being unfairly targeted by Palestinian groups in the country, especially from student groups and unions.

“In April, the General Union of Palestinian Students called for banning a Jewish student’s candidacy for a student council post at the University of Chile on the basis of his being ‘a known Zionist,’” he said.

Agosin said, “Jews know what’s going on. We’ve heard the story too many times over the centuries; this is anti-Semitism.” 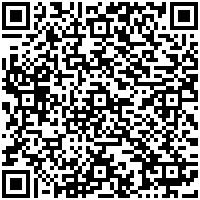