An Iranian terror network operated by the Islamic Revolutionary Guard Corps Qods Force has been discovered in Central Africa, according to i24TV news.

The infrastructure was set up by the “Saraya Zahara” unit with the goal of attacking Western targets in Chad, Sudan and Eritrea, among other nations where Prime Minister Benjamin Netanyahu has been working to strengthen relations with Israel.

The network is well supplied with weapons and generously funded by Iran to the tune of hundreds of thousands of dollars. It is working to establish additional terror cells throughout the continent and help pro-Iranian elements seize control of various countries in Africa.

The pattern is one that is similar to Iran’s sponsorship of its Gaza-based Hamas and Palestinian Islamic Jihad terror proxy groups, both of which are also generously funded and supplied with weapons from Iran.

The two terror groups also “seed” terror cells throughout Palestinian Authority-controlled areas of Judea and Samaria as well, both with the aim of destabilizing the area, weaponizing those around them and ultimately annihilating the State of Israel. 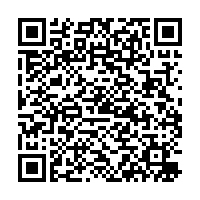