A small white car containing weapons and explosives crashed into a police mobile unit van on the Champs-Elysees, according to multiple media reports. The terrorist, a 31-year-old man from the Paris suburb of Argenteuil, had an AK-47 assault rifle in the car along with a gas tank, French authorities confirmed, Fox News reported. The suspect had been flagged earlier by investigators for extremism, according to the report.


The terrorist was badly burned when his vehicle caught fire after it crashed into the police van. The Paris police bomb squad, immediately summoned to the site, helped extinguish the flames.

No one else was hurt in the attack.

A spokesperson for the French Interior Ministry said an anti-terror investigation has been launched by the Paris Prosecutor’s Office.

French Interior Minister Gerard Collomb, meanwhile, told reporters there were enough explosives in the vehicle “to allow him to blow up this car…” He added, “This shows, once again, the threat level in France is extremely high,” Collomb said.

This is the fifth time in the past four months that French police have been targeted in Paris, and the second incident to take place on Champs-Elysees this year.

Collomb said he will present a bill at the Cabinet meeting this Wednesday to extend the July 15 expiration of the current state of emergency until at least November 1. 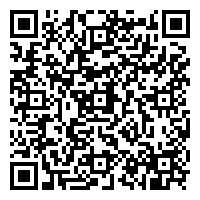