The speech was sponsored by the Swedish-Palestinian Center in Helsingborg, and was carried out in Arabic at the city’s Gustav Adolf Square. The anti-Semitic content was reported to police by the Jewish Assembly in Helsingborg.


In his speech, el Rifai said the Jews had conspired against both Jesua and Mohammed, and, in fact, “there is no prophet against whom those who are the progeny of monkeys and pigs have not made evil plans. They did it to all the prophets and to all nations, and this has also affected our prophet, peace be upon him.”

In court, the defendant argued that he had only attacked the State of Israel, over its restriction of access to al-Aqsa Mosque in Jerusalem, but plaintiffs’ attorney Ylva Norling Jönsson told Expressen: “We believe it is clear from the speech in its entirety that the statement was aimed at Jews in relation to their religion, not the [Israeli] regime or its military force.”

According to Nyheter Idag, the same July 2017 rally in Helsingborg also called for violence against Jews and praised Muslim martyrs with chants such as “Shoot your rifle, let your bullets punch holes,” and “Remember the hero, Kalashnikov.” Several speakers compared Arab leaders to women and homosexuals for their timidity in face of the West and, especially, Jews and Zionists.

Sweden’s Act on Special Control of Foreigners allows for the deportation of foreign nationals over their misbehavior, but the Helsingborg court did not pursue the expulsion of el Rifai, who is a Lebanese citizen. 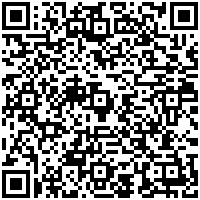