On erev Shavuot, British Prime Minister Boris Johnson condemned anti-Semitism in the UK, which has increased fivefold since violence erupted between Israel and Hamas.

The Community Security Trust reported 86 anti-Semitic incidents since the fighting began on May 8, as compared to 16 in the previous 10 days. Of the 86 incidents, 83 “showed evidence that they were reactions to events in the Middle East because of the language or imagery used.”


On Sunday, a convoy of around 200 cars draped in Palestinian flags drove from Yorkshire to Jewish areas of London, where the drivers shouted comments like “Rape [Jewish] daughters.” (Authorities arrested four men, who were also accused of attacking Jewish-driven cars in Salford earlier in the day.) The convoy then proceeded to a rally at Downing Street, where Jews were compared to the Nazis and Hamas headbands were worn.

Prime Minister Boris Johnson said, “Ahead of Shavuot, I stand with British Jews, who should not have to endure the type of shameful racism we have seen today.”

Leader of the Opposition Sir Keir Starmer said, “Anti-Semitism, misogyny, and hate have no place on our streets or in our society.”

In response to the outbreak of violence in Israel, however, Starmer had tweeted, “The violence against worshippers during Ramadan at the al-Aqsa mosque was shocking, Israel must respect international law, and must take steps, immediately, to work with Palestinian leaders to de-escalate tensions.”

She added, “As Leader of the Opposition, Starmer seems not to know that the EU, U.S., Israel and other countries have designated Hamas as terrorists.” The following day, Starmer echoed his Shadow Foreign Secretary Lisa Nandy in condemning both “air strikes and rocket attacks.”

The rabbi of Chigwell Synagogue was hospitalized on Sunday after an anti-Semitic attack.

Sussex Police said two young men stood in front of Rabbi Rafi Goodwin’s car, shouting anti-Semitic abuse. He was attacked with an object when he left his vehicle.

Two men were arrested. The incident is not believed to be linked to “events taking place overseas.”

Meanwhile, on Monday, the first day of Shavuot, mezuzot were ripped off the doors of two Jewish homes in London’s Borehamwood area.

Martine Stone said that at 5 p.m. she picked up an Amazon package from outside her home when she saw something on the ground.

She said, “I realized it was a mezuzah, lying on the floor, broken. The top had been opened and the parchment taken out, scrunched up and trodden into the mud.” The sight, she said, made her feel “physically sick.”

She said, “We are the only two Jewish families in this section of our road, which is a beautiful, multi-cultural neighborhood.”

Her neighbor Suzie Wilson also had her mezuzah removed. Police are treating the incidents as racially-motivated crimes. 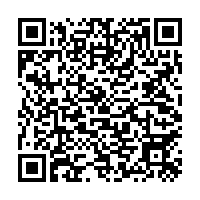