British Prime Minister Theresa May has politely followed the lead of French President Emmanuel Macron and made it clear the United Kingdom will maintain its “differences of opinion” with Israel over the dangers inherent in the Joint Comprehensive Plan of Action (JCPOA) nuclear deal signed by the world powers with Iran in the summer of 2015.

Even though May willingly acknowledged her nation’s concern over the threat presented by Iran’s continued development of its intercontinental ballistic missile technology, she said Britain will remain committed to the JCPOA for as long as Iran is willing to abide by its terms.

Netanyahu met Wednesday with May on his third and final stop of a whirlwind trip to Europe, during which he also met with Germany’s Chancellor Angela Merkel and French President Macron.

Although the trip was intended to focus solely on the threat posed by the Iranian nuclear deal and its aggressive push for geopolitical power in the Middle East, the violence perpetrated by Hamas and Palestinian Islamic Jihad terrorists — using human shields from Gaza — at Israel’s border with the enclave, also became an item on the agenda in all three countries as well.

As in Germany and France, Netanyahu told May that the abysmal humanitarian situation in Gaza stems from the unwillingness of the ruling Hamas terrorist organization to stop stealing resources intended for civilian use, reconstruction of infrastructure and development of new facilities in the region. Instead, the Iranian-backed group takes anything of military value in order to put it to use in the effort to annihilate Israel.

“As far as Gaza is concerned, I think the problems there are rooted in the fundamental goal of Hamas to destroy Israel,” Netanyahu said in a joint news conference. ”

We’re not witnessing peaceful protests. In addition to burning our fields, these people are being paid for and pushed by Hamas to try to break into Israel’s defenses, kill as many Israelis as they can, right next to our border, and kidnap our soldiers.

“This is not a non-violent protest; quite the contrary,” he added. “We are doing everything we can to both minimize casualties, and at the same time protect Israeli lives.” 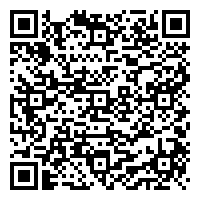