The JS Restaurant on Kings Road in Prestwich, the oldest kosher restaurant in Manchester, was torched early Tuesday morning. The fire destroyed the restaurant’s ground floor. According to the local firefighters, it took an hour and a quarter to put out the blaze, and “crews used two breathing apparatus, hose reels and a positive pressure ventilation fan to clear smoke.”


Detective Chief Inspector Charlotte Cadden said, “This is clearly very worrying for businesses and people living in the area and I want to offer you my assurances that we have increased patrols in the area and have a team investigating these linked crimes. We are working alongside the Community Security Trust and if anyone in the area has concerns, I would urge you to come and talk to us.”

A spokesman for the JS Restaurant told the Manchester Evening News Two masked men had kicked in the front window and got inside, then poured a flammable liquid on the interior and set it on fire.

Ta’am Deli and Grill, on Bury New Road, was attacked on Friday night, by two men who threw gasoline-filled milk cartons at it. These Bessy cocktails did not ignite, so the attackers smashed the front window with a rock.

But, as Martine and Amos Weizmann noted on their Facebook page, the attack caused only minimal damage, far less than the first attack had done last year.

On Tuesday, the deli’s Facebook page posted a notice saying, “Ta’am is open today as normal. We were subjected to a vandal attack (B’H our damage is a smashed window) on Friday night. At this stage we do not know if there is any connection to the JS arson attack last night and would not like to speculate. We wish Michoel and the team at JS our very best and hope they are able to return to normal as soon as possible.”

Both restaurants were closed for Shabbat at the time of the attacks. No one was hurt.

The Jewish Community Security Trust has issued a statement saying, “We will be sending out security advice to restaurants and shops in Greater Manchester today but this is purely precautionary.”

Poll: Half of Brits Say They Don’t Know the Meaning of Anti-Semitism 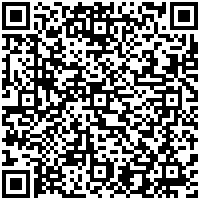