The former mayor of Mission Viejo, Ca. Greg Raths (Republican), is running to represent California’s 40th Congressional District (Orange County) in the US House of Representatives, for which the non-partisan primary (California, you know) will take place on June 7. He served in the Marine Corps from 1972 to 2004, retiring with the rank of colonel. He spent some of his service working for the Clinton administration as chief of staff for the White House Military Office from 1996 to 1999, and as a liaison between the Pentagon and the White House.

So far pretty good. Raths is running against one Democrat and three Republicans in the field that’s led by Congresswoman Young Kim, who represents California’s 39th but is running in the 40th because of redistricting. The incumbent, Lucille Roybal-Allard, is retiring at the end of this term.


For some reason, during a candidate forum on May 20, Raths dove into an antisemitic rant accusing the “Israeli PAC” of having “control over a lot of these politicians.”

“I will work with the leaders of the two Israelis… and they are strong,” Raths said, possibly meaning the leaders of the Knesset coalition and opposition. “That’s the problem you just mentioned,” he added, “The Israeli PAC in Washington – they have money and they control a lot of these politicians.”

Raths then said that the Palestinian Authority leaders “don’t have the clout” that Israel does. “So the money goes – these politicians go where the money is, unfortunately,” he stated, adding, “The Jewish community is very well organized in the United States and they control a lot of politicians. This is why foreign aid is so important to Israel.”

Following which the candidate got to the gist of his problem with Jews: “The Jewish community never gave me a penny, so I’m not indebted to them at all,” he said.

For heaven’s sake, give the guy a few bucks and shut him up…
The Republican Jewish Coalition attacked Raths for his blatantly antisemitic remarks. Its political director, Sam Markstein, compared them to statements that had been made by Islamist Congresswoman Ilhan Omar (D-Minn.).

“Both Mr. Raths and Ilhan Omar now share the distinct dishonor of suggesting that Jewish Americans buy political influence—a well-known, age-old antisemitic stereotype,” Markstein told the Washington Free Beacon. “It is disgusting, appalling, and has absolutely no place in the GOP.”

But wait, when challenged by the New York Post regarding his antisemitic fugue, Raths, who is Roman Catholic, responded: “God no, hell no, my brother is Jewish. … I’m totally not antisemitic.”

I looked it up on the website Combat Veterans for Congress: “Gregory Raths was born to Viola and John Raths on September 12, 1953, in Phoenix, AZ. Greg comes from a large family of four brothers and three sisters; Greg’s father was a World War II decorated Combat Attack Pilot in the European Theatre from 1944 to 1945. Greg attended local Catholic schools through high school and excelled in math and science; he became an Eagle Scout.”

So, no Jewish brother mentioned there. 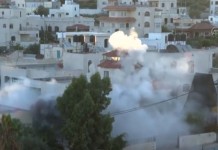 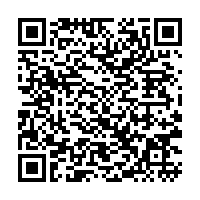