In 2020, the Christian population in Israel grew by 1.4%, the Central Bureau for Statistics showed in a special report published Tuesday ahead of the New Year holidays.

The growth rate of the Christian population in Israel over the years is constant and is always on the rise, the numbers show. For comparison, the growth rate in the Jewish population was 1.5% and in the Muslim population 2.2%.

About 77% of Christians in Israel are Arab Christians, 7% of the total Arab population in Israel, which is mostly Muslim.

Most Arab Christians live in the northern and Haifa districts, some 70%. The localities with the largest Arab Christian population are Nazareth, Haifa, Jerusalem, and Shefar’am.

In the 2020-2021 school year, 27,044 Christian students studied in the Israeli primary and secondary education system, 1.4% of all Israel’s students.

A high 81.6% of Christian students in 12th grade were eligible for a matriculation certificate.

The relative share of women among Christian students was higher than that of women among all students, in all degrees and especially in graduate degrees: in the PhD programs – 64.1% compared to 53.2%, respectively, and in master programs- 72.9% and 63.8%, respectively.

Compared to Arab-Muslim students in Israel, the percentage of Christian-Arab students studying for a bachelor’s degree in business and management sciences, languages, literature, and regional studies, as well as auxiliary medical professions, was lower, and the percentage of those studying engineering and architecture, arts and applied arts and medicine were higher.

These statistics in a flourishing Christian community in Israel stand in contrast to recent allegations presented by the Patriarchs and Heads of Churches in Jerusalem about a threat to their existence in the Holy Land.

The Patriarchs and Heads of Churches in Jerusalem released last week a “Statement on the Current Threat to the Christian Presence in the Holy Land,” stating their supposed concern that Christians in Israel have “become the target of fringe and radical groups.”

Israel’s Foreign Ministry rejected the claims and stated Monday that the Christian population in Israel “enjoys full freedom of religion and of worship, is constantly growing, and is part of the unique fabric of Israeli society.”

The Christian population in Israel and one of a few in the Middle East that is flourishing and not shrinking.

The Foreign Ministry noted that since the day it was established, the State of Israel has been “committed to freedom of religion and worship for all religions, as well to ensuring the freedom of access to holy sites.”

“The statement by Church leaders in Jerusalem is particularly infuriating given their silence on the plight of many Christian communities in the Middle East suffering from discrimination and persecution,” the Foreign Ministry noted. 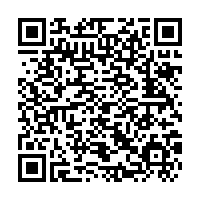