Prime Minister Binyamin Netanyahu met with a delegation of Foreign Affairs Committee Chairmen from various Latin American parliaments Wednesday, where the premiere urged the diplomats to ask their governments that they move their embassies to Jerusalem.


“I congratulate you on your visit here. Our relations with Latin America are changing quickly and for the better,” Netanyahu said. “I am very proud of the fact that I was the first Prime Minister to visit countries south of Texas.

“I had the opportunity to visit Argentina, Colombia and Mexico,” Netanyahu continued, adding that he plans on conducting a regional summit in Guatemala in November, to which all Latin American leaders would be invited.

“You are all members of parliaments, but as far as I am concerned, you are all ambassadors. You are ambassadors of Israel and of truth. Please tell the citizens of your countries. It is very important for us that people see Israel as it is,” the prime minister said.

“Jerusalem is Israel’s capital. It will always be Israel’s capital, as it has been for 3,000 years… I am very happy that Guatemala and Paraguai moved their embassies, and I ask of you, on top of being ambassadors for Israel, to ask your governments to move their embassies to Jerusalem so that we may say ‘next year in Jerusalem!’,” Netanyahu concluded. 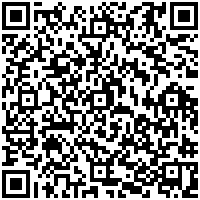