Israelis breathed a small sigh of relief on Sunday and bundled up as the rain began to fall in northern Israel and then along the coast.

By evening it was falling in Jerusalem and the central region, with the forecast predicting there would at least be showers in the northern Negev overnight as well.

The forecast for Monday calls for continued showers from the north to the northern Negev, with snow on Mount Hermon and in the northern Golan Heights.

But it’s not enough. The current season is considered the worst drought in several decades, with the entire region suffering a lack of rain. Local experts say it’s the worst drought Israel has seen in 40 years.

Agriculture Minister Uri Ariel is working on a way to improve the situation, however.

The minister is organizing a mass prayer rally for rain to be held at 3:30 pm at the Western Wall this coming Thursday, the 10th day of the Hebrew month of Tevet, a fast day.

“After four years of drought we’ve had just a little bit of rain this year so far,” Ariel said, “less than the multi-annual average, and this winter is shaping up to be a dry one.

“I call on the public to attend the prayer and to bring umbrellas, because together we will rip open the skies,” the minister said in his statement to media.

Both of Israel’s two Chief Rabbis, Rabbi David Lau and Rabbi Yitzhak Yosef, will be in attendance, as will leaders of the settler movement and agricultural organizations.

“We call on all Israelis to participate in the welcome initiative of the Agriculture Minister, which unites all of us together around the wish for rainfall,” said Moshav Movement secretary-general and Israel Farmers’ Association director Meir Tzur.

Ariel added that his ministry has reduced the price of fresh water by 20 percent for farmers, and created a plan together with the Energy and Finance Ministries to ensure there will be no cuts in water quotas without compensation. The Water Authority has adopt the plan, he added. 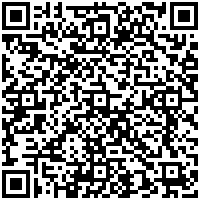